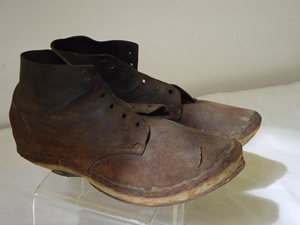 The first World March to circle the earth calling for the end of war and nuclear weapons, and the elimination of violence of all kinds (physical, domestic, racial, religious, cultural, sexual, psychological). Join the March and help build a new, global, nonviolent consciousness!
The World March began in Wellington, New Zealand on October 2, 2009, the anniversary of Gandhi’s birth, declared the International Day of Nonviolence by the United Nations. It will end in the Andes Mountains (Punta de Vacas, Aconcagua, Argentina) on January 2, 2010.(in fact the Philippines have just put in a bid to be the new stopping point))
The March will last 90 days, travelling through 160 countries over all six continents, celebrated by activities and events involving millions of people along and beyond its route. It will pass through all climates and seasons, from the hot summer of the tropics and deserts, to the icy cold of Siberia and Antarctica.
http://www.worldmarch.co.nz/
http://www.theworldmarch.org
United Nations Endorsed

Since this march was first announced so many countries, regions, heads of state, parliaments, famous people and local areas have endorsed the ideals for which the march stands that scarcely a day goes by without another head of state or writer joining the ranks; probably it would be easier to say who does not endorse such a venture.

Originally the ‘marchers’ were going to come to London for half a day. But with so many areas from Orkney and Scotland to Lands End wanting to become part of this earth movement a UK office had to be opened up. Each area are organising its own events. For some this took place during festival time in the summer like Cardiff having a huge concert.

It is important that Carlisle and Cumbria are not left out of this Word Peace March. Borrowing an idea from Canada called Dusty Sneakers where “ Many schools already participate in “Dusty Sneakers” running programs where the students are encouraged to run measured laps, document those laps, and track them on a map to represent that if those laps were stretched end to end, how far we travel together. It makes fitness fun, while demonstrating the strength of community.”

For Cumbria I have suggested that we adopt a Cumbrian theme and call it Dusty Clogs for Peace where we encourage both adults and children (including School Teams please) to walk, jog or run laps which we will register and measure so that we cover the sixty eight miles North to South through Cumbria. In this sense we can claim that we were part of the World Peace March through Cumbria.

One good lesson is that peace can only come about through co-operation.

Stop press: Event will be held in the green parks of Carlisle every day from 12noon to 2pm Monday to Saturday November 16th – 21st…do as much or as little as you want…every mile will count towards the total for the World march…come one or more days and let’s add those miles for a better world and a better you as you get out in fresh air and exercise those legs and lungs.
How about it Cumbria? Are we game? Will we become part of something bigger and Join the March and help build a new, global, nonviolent consciousness!