Eating a High-Protein Diet is Linked to Lower Blood Pressure 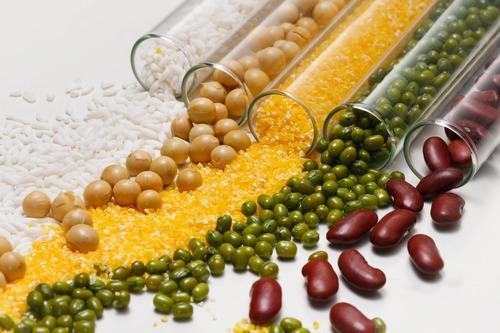 The Paleo Diet has earned protein a reputation as a powerful weight-loss tool - but as it turns out, the nutrient is good for more than whittling your waistline. People who consume a high amount of protein tend to have a lower risk of high blood pressure, according to a new Boston University study, published in the American Journal of Hypertension .

The researchers tracked 1,361 people's blood pressure for an average of 11.3 years, and found that those who consumed the most - about 102 grams per day, from both plant and animal sources - consistently logged the lowest blood pressure. The high-protein group also had a 40 percent lower risk of developing hypertension over the course of the study, compared to people who consumed the least protein, about 58 grams per day.

Related: Why Lots of Bananas a Day May Keep the Doctor Away

And it's not just because people who pack in protein are gym rats: Both overweight and normal-weight people's blood pressure benefited when they consumed higher amounts of the nutrient.

"It may be that people who eat more protein have healthier diets in general," study author Justin Buendia told Yahoo Health. "With higher protein consumption, you may eat less of other high-calorie foods. You may feel full sooner, and that would lead to lower weight, which would lead to beneficial metabolic outcomes, such as lower blood pressure."

With that said, protein itself may have more direct BP-taming power: Some of the amino acids in protein may help dilate your blood vessels, effectively lowering your blood pressure , said Buendia. For example, arginine - an amino acid found in both plant and animal protein sources, including eggs- plays a role in blood-vessel dilation; recent animal studies suggest that some amino acids in dairy products may have similar effects, he said.

Just don't eliminate grains in your effort to up your protein intake: Adding fiber to the mix seemed to enhance the blood-pressure benefits of protein. Specifically, people in the study who consumed higher amounts of both protein and fiber had a 51 percent lower risk of high blood pressure than those with lower intakes of both. Although the reason is unclear, there is evidence that fiber reduces the risk of insulin resistance and enhances blood-vessel function, leading to lower BP, said Buendia.

So which sources of protein should you seek? "I don't think it really matters," Buendia said. A healthy mix of animal protein (e.g. cheese, yogurt, milk, eggs, meat, seafood) and plant protein (e.g. beans, nuts, grains, vegetables) is likely the answer. The biggest takeaway? "If you are worried about your blood pressure, there's no reason to avoid protein-rich foods. And having an egg or some milk for breakfast is probably a good way to start the day," said Buendia. "In terms of snacking, instead of going for a bag of chips or bread, have yogurt or a piece of cheese or a small handful of nuts."