Thinking of Caroline
At 9:31pm on January 24, 2009, Wayne Elkin said…Where I live every one hates the idea of killing beautiful deer. There are deer every where. On the surface this is great and while we do have a few natural preditors around like mountain lions and coyotes they can't control the deer population. Thousands die of starvation in our area. I believe hunting by bow might be a more human approach. What do you think Erika? At age fifty seven I'm about as young as "a real hippy could be" if was sixteen during the summer of love. I think you might get a feel of what the hippy thing was by visiting htpp://RanchoBozo.com


Hi Wayne, was just browsing through the folks here at iPeace and read your blog on the deer problem. Animal lovers have no idea how much of a problem the deer population- or any animal for that matter - if left unchecked, will continue to grow. We would begin to see real problems in the form of out-of-control viruses that could jump species, as happens. For California, with all the homeless people, I'm willing to bet a few wouldn't mind having some deer meat in their freezers or at the soup kitchens. From the other side of the nation. Peace! :)

At 2:34am on January 25, 2009, Elizabeth Allen said… Wayne, A similar thing happened in NJ where I grew up. Hunting was banned due to crashed population of deer and overpopulation of people, however as people in their neighborhoods (which were all farms or woods when I was growing up) wanted a woodsy feel, or nice gardens-at least more plant growth that the bulldozed flat yard they started with) the deer all went nuts-lots of good food tell deer brains to make more deer-with consequence of overpopulation of deer in a few years, and no natural predators left in jersey.

I'm not sure if hunting is still banned, but I'd rather see a deer get eaten than starve to death. Starved, sick deer are also more likely to support a healthy (at least the ticks think so) crop of ticks all capable of carrying bacteria (Borellia sp. I believe) that causes Lyme disease.

Even discounting the Lyme factor-starvation is not a pleasant way to die.
I tend to think using a rifle would be more humane than a bow. A bow is a way of making hunting more challenging, and bringing the hunter closer to the prey so they can realize that hunter/prey are not so different, two sides of a coin? But many potential hunters-particularly suburban type hunters would not have much experience with a bow, and a decent humane killing shot would be less likely than with a hunting rifle.

If you are serious about hunting deer, take some bow classes, the more experience with a good teacher, the more likely the hunting experience will be better. It's a drag watching an animal get wounded and left to wander off and die. Friends here in AK used to find dead moose left behind by city hunters who didn't feel like packing an entire moose out. My friends rarely needed to go moose hunting, since the city hunters left them plenty. But it sort left me with a bad feeling toward hunters who would kill a gorgeous animal like a moose, take a quarter and leave the rest because they were too lazy to pack it out, or too lazy to track a wounded animal and put it out of pain.

I know this may seem sort of brutal to some in this group, but after living in the bush for a number of years, I don't have the bad feeling towards hunting I used to. It's not that the moose are there for me to eat, but, I guess, it's more real when live 50 or so miles from the nearest town or road, you eat what you find

Slight change of topic, but I've come to accept the death of a pet as ok if I view it as the cat helped feed an owl's family or a den of fox cubs. the idea of my cat getting hit by a car and tossed off the road is awful, I worry about the pain they may have gone through, the fear they felt-that to me is so far worse than having my cat killed by an owl and in that way being a part of the natural world and it's cycles.

the point of this ramble was to tell you I think hunting is ok as long as you stay clear and attached (in the sense of being aware, paying attention, etc.) to what you are doing and why. 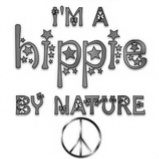 "hanks" for the Hunting blog. That's how I feel. Peace and Make Sense Hunting.