The builder of the mosque is the Amir Mohamed Beh Abu El Dahab, one of the leaders of Egypt during the rule of the Ottoman Empire. He played an important role in the politics of Egypt, as he was just a Mamluk at the beginning of his life for the Amir Ali Beh Al Kabir. After many governmental promotions, Mohamed Abu El Dahab received the title of” Beh” in a ceremony that took place in the Citadel. The new Beh was so happy with his title that he distributed a huge quantity of gold among the poor people of the city of Cairo. This was why he was called Abu El Dahab, or the Father of gold.

In the year 1771, Mohamed Abu El Dahab was appointed by Amir Ali Beh Al Kabir to be the leader of the Egyptian army that went to conquer Syria. He was successful in his campaign as he took control of many towns in Syria and around it. However, Mohamed Abu El Dahab was not loyal to his master, Amir Ali Beh Al Kabir, and murdered him in 1774, and became the only ruler of Egypt before his death in Aka in 1775. His body buried in the mausoleum of his mosque.

The Mosque of Abu Dahab is located in the Azhar Street, just beside the main entrance of the Azhar Mosque. It was built in 1774 AD after a year of construction. It was originally built as a Madrasa to host the increasing number of students that were coming to study in the Azhar University from all over the world.

The mosque is constructed as a rectangle with the length of 33 meters from the South to the North and 24 meters from the East to the West. The praying area of the mosque is surrounded with Rewaqs, the Arabic expression for the area between a set of two opposite pillars. These Rewaqs are covered with small domes with plant decorations all around them.

Above the praying area, there is the main dome of the mosque that is a semi square. The length of each side of this square is 15 meters and each has two brass windows that are covered with alabaster.

The mosque of Abu El Dahab is considered a hanging mosque as it was built above the street level. Under the mosque from the Eastern and Northern sides, there are many different stores that mainly sell books. There was a set of colored alabaster stairs in its Northern side that led to the gate of the mosque, and another set circular stairs that led to the mosque’s Eastern gate. These two sets of stairs were changed, although the doors of the mosque remained the same.

Next to the Mihrab, the Minbar is located, made out of fine wood that is ornamented with pieces of mother of pearl and ivory. Beside the Minbar there is a brass room that contains the tombs of the builder of the mosque, Mohamed Beh Abu El Dahab, and his daughter, Zelikha Hanem.

Unfortunately, the mosque of Abu El Dahab has been closed for years now. At the beginning I thought it is taking a course of restoration. Despite the fact that I visit the Azhar Street quite often, I never saw anyone working on the mosque. Hopefully, the Egyptian government will open the mosque soon as it is considered a wonderful example of the early Ottoman architecture in Egypt.

Thank you for reading and hope it was good to know about one of thousands of old mosques that we have all over Egypt.
wish you all peace,love..
Mody. 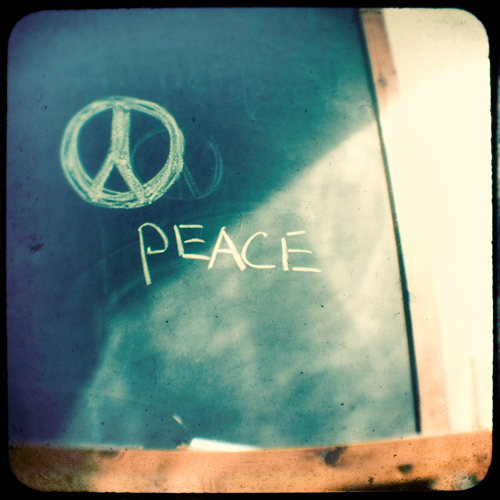 Comment by mody Ibrahem on October 24, 2009 at 1:32pm
thank you Clicia,
i agree with you now
have nice weekend
Namaste..

Comment by Clicia Pavan on October 24, 2009 at 1:24pm
Egypt is a wonderful mystery, the cradle of humanity, thanks mody, pity that was abandoned, it is something to be preserved for future generations, is the world's history that's there --- love, love
Namaste