Inspired by the work of Shri Param Eswaran, the Mahavidya Girls
School was created by Sri Devanayagi Parameswaran to give a safe, loving
environment for the next generation of Mothers in India. After spending more than
100,000 Euro over 7 years of Shri Param's personal income, and lack of support
from the world community he decided to return to Malaysia, where we will be
offer Para-Tan and the Living Goddess Tradition.

Come help the Children of India

Please be a foster parent to a child, just for $36 per month. The will attend an English media school, which less privileged village children in Tamil Nadu do not enjoy. Enjoy the opportunity of changing a young child's life forever!

Painting of the classroom, and building the kitchen

You need to be a member of Mahavidya Girl's School Project to add comments!

Comment by Claudia on October 23, 2009 at 7:12pm
What a moving poem Asheesh, and what a wonderful project.
I am humbled and with gratitude and thanks to those that do make this world a better place and not just talk but walk the walk.
Claudia 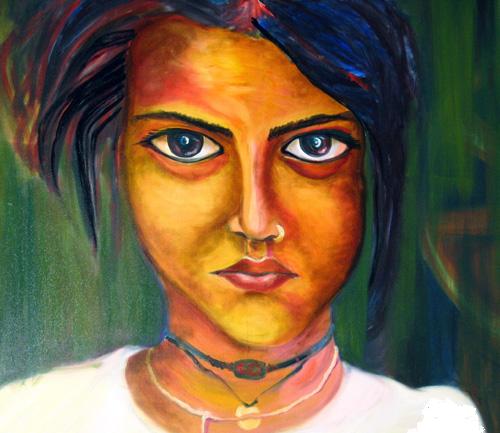 Bholi is the younger sister of the garbage collecting boy in one of my blogs..she is very beautiful and intelligent but unnoticed by hundreds of passers by ….. she wanted to go to school like other children of her age, but her parents cant afford to send her school…ultimately I took this responsibility to send her school as long as I could afford….I don’t want to tell the whole world my responsibility but want to share with my friends. Our intelligence, arts, opulence and creative pursuits are in vain, if we don’t think to make someone smile….like Bholi..I dedicate this poem to her…
It was just a thought, no more
I’d never been caught, before.
Never knew thinking was a crime
but now I’m inside serving my time.

I though of injustice,
starvation and greed
the homeless and the destitute
in their hour of need.

I thought of atrocities
too many to name
do they know what they’re doing?
do they not feel any shame?

I thought of a country being invaded
the rights of the indigenous being evaded
the battle hero being paraded
bio fuel being downgraded.

I thought of a man bathing in sin
watched on by the devil bearing a grin.
My painting Bholi

Comment by Muhammad Khurshid on June 25, 2009 at 2:07pm
It is really a great pleasure for me to be in this group, which has been formed by one of my dearest friends. I shall be praying for the peace and happiness of all the members. Wishing much success in this great project!!!

Comment by Devanayagi Parameswaran on February 28, 2009 at 8:45am
Salutations my divine Basant Soni

Thank you visiting. Help us in what ever way you can, we need it all.