expose the true bloody face of israel to all world
say no to israelian killing machine
force the united nation
white house
european union
all world governments
and sake all humanity to say no
no in face of israel and her killing machine
say no to baby's death
say no to womens death
say no just for once in ur life
its time now babys killed in gaza
womens ,old men young men
dead bodys in streets more than 350 killed till… Continue

This video shows a couple of humorous examples of how politicians manipulate people through television. From The Daily Show:…

Our deepest fear is not that we are inadequate
Our deepest fear is that we are powerful beyond measure
It is our Light, not our Darkness, that most frightens us
We ask ourselves, who am I to be brilliant, gorgeous, talented, fabulous?
Actually, who are you.. NOT to be?
You are a child of God. Your playing small does not serve the world.
There is nothing enlightening about shrinking so that other people won't feel unsure around… Continue

Ghandi - A short profile:
"Mohandas Karamchand Gandhi (2 October 1869 – 30 January 1948) was a major political and spiritual leader of India and the Indian independence movement. He was the pioneer of satyagraha—resistance to tyranny through mass civil disobedience, firmly founded upon ahimsa or total non-violence—which led India to independence and inspired movements for civil rights and freedom across the world. He is commonly known around the world as Mahatma Gandhi (Sanskrit: महात्मा… Continue

“ Success is
to know that one life breathed easier because of you,
to earn respect of honest critics,
to endure the betrayal of friends,
to leave the world a better place than when you came into it.”
(Ralph Waldo Emmerson 1803-1882)

THE COURAGE TO FORGIVE IN THE HOLY LAND

In 2004 I visited Israel and Palestine, to film for Scared Sacred, for what was to become the powerful, moving conclusion of the film. Below are some excerpts from my journal. It features a remarkable group of people known as the Bereaved Families Circle, parents of both Israeli's and Palestinians who were killed in the conflict, who have banded to together to say: enough. Enough killing. It's time to stop this… Continue


Years of past pain,

Your life goes on!

Yet I still hold on.

Demons creep in my mind!

Peace so hard to find,

my life, I need to live.

So you I must forgive.

Forgive you for hurting me?

That is my reality!

Forgive you for hurting me?

To set me… Continue

The Divinity Of Suffering

"I think the great livers, the people who are fully self-actualizing and alive, are the great givers."
~ Mark Victor Hansen

When we reach a more loving level of our personal growth, the desire to help others comes to us spontaneously. An Altruistic attitude comes from the realization that the needs of others are…
Continue

I would like to welcome everyone to the Spiritual Fasting Group starting on 11th of January 2009 for at least 21 days or more. However, need support let me know because our group will provide any knowledge. Fasting is very powerful to bring forth things in your life that are positive and remove anything that is negative. Fasting purifies the spirit and enhance the mind and body to a healthier and peaceful life. See below:

Know that all human hearts are welcome here, regardless of… Continue

hi
i so hapy to share you here.i am a teacher in secondry school in taybeh. taybeh is a small city in israel .we are arab minority live in israel .

Stop the suffering, stop the apartheid, stop the oppression, of the Palestinian people. STOP the slaughtering in Gaza!

I want us to all live together in peace and harmony. This is my dream! I want Palestinians to have a chance to live decent lives with dignity and pride once again. I am so hearbroken by this new wave of massive slaughtering in Gaza (a huge outdoor walled in prison). This will not create an atmosphere of love and peace.
I hope that Israel will soon realize that Palestinians have a right to live and share this region with a state of their own too. They too deserve a safe home where they can… Continue


Channel 1 television broadcast an interesting mix on Saturday morning: Its correspondents reported from Sderot and Ashkelon, but the pictures on the screen were from the Gaza Strip. Thus the broadcast, albeit unintentionally, sent the right message: A child in Sderot is the same as a child in Gaza, and anyone who harms either is evil.

Greetings: (Tell Everyone) Be apart of a bigger plan..... The World is coming together!

It is the world that is going to make a difference in stopping the wars and obtaining the peace collectively! Please sign in to let your voice be heard!
>
> I would like to welcome everyone to the Spiritual Fasting Group starting on 11th of January for at least 21 days. Fasting is very powerful to bring forth things in your life that are positive and remove anything that is… Continue

Because the Truth of who and what and where and how and why I am is Love, the year now finished in comparison was one of hate and death and fear and war, though none of these are true. Love is the only truth of Life and cannot be replaced but in the haze of dreams of fear and death and hate. I choose to see the world a loving place of gentleness and peace, with dreams of light and joy and peace and not of war. My mind can offer this to me when I forgive the whole idea of fear and all it brings,… Continue 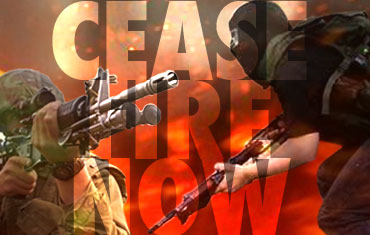 Gaza events and the Voice of the Tribe

Gaza events are touching many of us and I want to share with you idea that can help us all go through this sad events we all experiencing.

This is a voice of the tribe. Our Tribal impulse is driving us to protect ... It is played by the Political… Continue

Peace inside my heart I extend universally. Not easy setting boundries adn loving unconditionally. Let our journey together we a good path.

The Changing Nature of Humanity

I found this article on http://www.kabtoday.com/epaper_eng/content/view/epaper/8350

Most of us are beginning to notice that something is different about the world: It is “shrinking into a small village” before our very eyes. But what most of us don’t see as easily is that the rules of our interactions have also changed.

No one knows what will happen to the economy a second from now. Experts create the most complicated models to try to predict the future based on… Continue