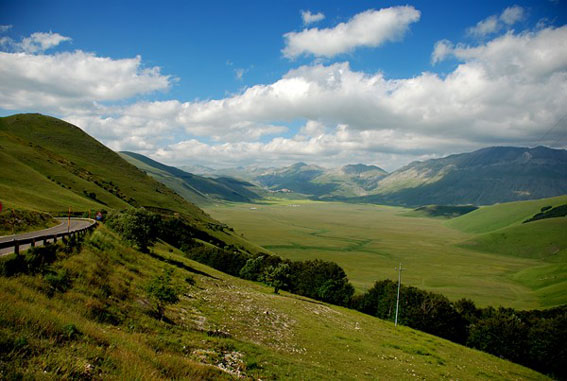 This is my blog with pictures of Italy and other places I have been. It is in two languages.

A video of me in Italy....and a great Italian pianist as well

I THOUGHT THAT HE HAD GONE TOTALLY ....PERHAPS FROM THIS WORLD!!! BUT I FOUND HIM OR HE FOUND ME. HE WROTE TO MY EMAIL JUST TWO DAYS AGO

HE WAS A TOP WRITER ON THE STORY GROUP

TO WHOEVER IS HERE

I AM ALONE NOW

I LOVED the people I met and the writing everyday, sharing, discovering, fun, wonder of it all.

HOW can I be a featured member if I am not even here anymore?

Anyhow, I am on facebook anyone wants to find me....

Stay well and David, you sure are a mystery man aren't you! ; )

Best wishes to all

my artshow in Italy about Cactus Ladies now on youtube

That is what this place has become. Either I am alone up top, or now, with one person...hi there Riccardo!

Anyhow, what a shame this place that once hosted lovely people from around the globe is just about over.

Easy to see that it is slowly dying.

No use hiding it! No one is here, just about.

We, who loved the place and gave so much while getting so much, will miss it.

Writing to myself, that is what I am doing.

I HEARD FROM DAVID

Still have a house to clean (ever since I joined iPeace!!) and an appointment tomorrow so can't be long here BUT wanted to say a few things.

I check in here now and then, most of you know what this place meant to me....I THE PERSON WHO DISLIKED GROUPS!! I got SO MUCH out of rthis place, met some incredible people too. Just like lots of you did.

Anyhow, the other day I just stopped by and saw it was David's birthday. I wrote to him (it…

Is it true an iPeace member died recently?

The first name was given....could you please write the full name used here on iPeace?

Who got the details and how did that person inform you?

i Vinarelli at Torgiano, Italy

A wonderful evening, original, fun, and very creative. i Vinarelli at Torgiano, it's 27th edition, a success with hundreds of people enjoying the painting of artists especially from the region of Umbria (where Perugia and Torgiano are located) but also from other countries. A very enjoyable evening. i Vinarelli at Torgiano, Italy

An artistic event in Torgiano, Italy where artists paint with watercolours, but only with one difference, they use wine to dilute their paints. The 27th edition is on August 16 in the beautiful town of Torgiano, not far from Perugia Italy. Each artist is given paints and paper and produce one or more paintings. Each year the event hosts a show of the paintings done the year before, so these paintings will be shown next year. The event is lively and draws much tourism to this…

A BLOG FROM STEPHANIE

Just checking my mail before a guest shows up...at 11.15 pm, on the train, from northern Italy.

Just tried to clean a bit, straighten, and get ready for a guest for four or five days. Should be nice!

Want to say thanks to Leah for a very nice mail...thanks Leah!! And to Gunilla for a hilarious photo of David on an elephant...really funny, enjoyed it!

Want to say hi to my one-day boyfriend Al...he took me for a spin on his motorcycle and it was too fast for…

Does David exist....or is he just something we are imagining?

David does not exist, maybe.

Maybe this site is just being run by a computer, and featured guests get chosen by who is on line more often.

And nobody really sees what is happening here except for us.

Maybe David just packed up his bags and took off for somewhere far away.....like China, or somewhere in Africa, or maybe to the moon!

Maybe David is hitchiking around, grew a long beard, wears dark glasses...nobody knows him now! He can go far and…

Can't you see we need some guidance?

We need direction, that is for sure!

We all need something here, for some it is enough to write little love notes and post pretty pictures, some have huge huge problems intheir countries, is there nothing that ipeace can do to…

Who works to better something, who leaves

Said it before, but will say it again.

There was a lot of activity to get this site up and running again. It is now here, though not that many are active.

There are reasons for everything, and who has been on this site for a long time, may have their own conclusions about why things are as they are.

Someone had tried, with much expertise, to suggest some very valuable clues in how to better this site. They got very few responses. The page filled up with hearts and…

What a shame about Ayla

All the energy that Ayla gave lately to this site.

She had written lots of great ideas to getting this site really moving in the direction of peace.

Kindly, she had stated that to her, peace was a matter of politics and not just flowers and peace signs.

She had given a lot of positive, realistic suggestions, from much online experience.

Why did she drop out, and why aren't others here who used to give so much?

A bagel for David

A bagel without some cream cheese, lox, tomato, onion....is sort of sad : (

Remember, old iPeacers when we would look at the carousel up above and see about twenty or more people going around and around? Sometimes we would end up rubbing shoulders with someone from England and someone from India. A girl felt sort of special with all these "guys" right next to her rubbing virtual shoulders with the world's people.

NOW we find ourselves together with just two other people, and…

Good morning David, on this side of the world.
Paul's message on My Peace is logical and talks about needing to get community spirit back.
That can only be initiated by you, David. On homepage.
You and I both know that people have worked behind the scenes here to keep this place alive, by writing to you, by writing to one another trying to find a way.
This place now is like a pretty painted shell, but it should be a pulsating shell, warmed by all and especially you, to once… Continue

This is what David sent me on my page July 5th.

I decided to leave it open for another year

How to reach the people you love

Not easy to do here!!! Come to ipeace2.ning.com

lots of us are there!

"iPeace was offered to Gordon for free" he refused writes David

I think it would be only right to know that Gordon wrote that iPeace was David's baby and that all David would have to do was to comunicate with us, something David hadn't done enough of. We surely could have found a way to keep this on its feet, but David, you never comunicated with us enough to work out any problems. (it's the truth, and you know it)